WHO SHOULD SEEK TREATMENT FOR RECURRENT MISCARRIAGES?

The causes of pregnancy loss can be divided into chromosomal, anatomic,  immunologic,  infectious,  hormonal,  clotting,  environmental,  and unknown.

If one or both of the prospective parents carry a chromosomal abnormality, this may be passed on to a developing fetus and cause pregnancy loss. These abnormalities will not show up in the parents and are only diagnosed by examination of their blood with a test called a karyotype.

The anatomic causes of pregnancy loss include abnormalities of the uterus and cervix. If the uterus contains a septum (or wall) within its cavity, then implantation of an embryo will be difficult and pregnancy loss will likely result. In addition, uterine fibroids or scarring from a previous surgical procedure may cause pregnancy loss. These conditions are amenable to surgical correction with a dramatic increase in the likelihood of carrying a pregnancy.

Immunologic causes of pregnancy loss include the presence of certain antibodies (proteins that fight off cells) which are seen in women with rheumatologic disease, i.e. lupus and rheumatoid arthritis. The role of these factors in pregnancy loss is somewhat controversial,  but there is evidence that treatment with low dose aspirin, heparin, or steroids may improve pregnancy outcome in women with these antibodies.

Certain cervical and uterine infections may increase the likelihood of pregnancy loss. These are easily diagnosed with a uterine culture and easily treated with oral antibiotics.

Clotting disorders can attribute to an increased risk for pregnancy loss. These are tested for with routine blood work.

Environmental issues may attribute to an increased risk of pregnancy loss. These include exposure to chemicals, xrays,  radiation or smoking. 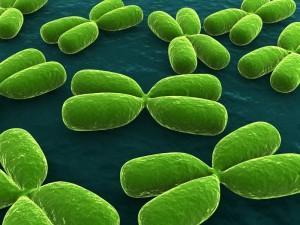 The workup for recurrent pregnancy loss occurs in a stepwise manner. One of the first tests is a hysterosalpingogram (HSG) or saline infusion sonography. This test involves imaging the uterine cavity and fallopian tubes by injecting the fluid through the cervix and into the uterus. The shape of the uterus is checked to ascertain that it is normal. 13% of women will have an abnormal shape to their uterus.

Other tests include karyotypes,  cervical cultures,  and blood tests for the antibodies and clotting factors that are associated with pregnancy loss. In addition, some patients may have abnormalities in progesterone production which may contribute to pregnancy loss and therefore a biopsy of the endometrium may be performed.

Of course, the treatment of pregnancy loss will depend on the cause. Patients who have an anatomic cause such as a septum,  fibroid,  or scar inside the uterus are offered surgical correction. The vast majority of uterine abnormalities can be treated through the hysteroscope in an outpatient setting.

As mentioned above,  if a patient has a chromosomal abnormality, genetic counseling will be offered and the couple may elect for Preimplantation genetic diagnosis, donor sperm insemination or egg donation. If patients have autoimmune factors, therapy with heparin, aspirin, and/or steroids will be offered.

In patients who have anatomic causes for pregnancy loss,  surgical correction offers a vastly improved prognosis. For example,  if a patient has a uterine septum,  her chances of having a miscarriage without therapy is 70%. Once her septum is corrected however,  her chance of miscarriage returns to that of the unaffected population. Heparin,  aspirin, and steroid therapy for autoimmune factors has approximately a 60% likelihood in successful pregnancy outcome.

SUPPOSE NO CAUSE OF PREGNANCY LOSS CAN BE DETERMINED

Approximately 50% of couples who have a history of two or more pregnancy losses will have no identifiable cause. Patients without a known cause of pregnancy loss have overall an excellent outcome.

Our Clinical Psychologists are available to counsel our patients on any and all emotional aspects related to pregnancy loss. Other resources in the community such as clergy,  social worker,  or psychiatrist may be helpful to you as well.